Home / News / Miami home values may have peaked. But how will that affect prices?

Miami home values may have peaked. But how will that affect prices?

South Florida’s spiraling home prices may be on the verge of calming down a bit.

A new report by the online real estate firm Zillow shows home values fell in 32 of the 35 largest housing markets in the U.S. in April, including the Miami-Fort Lauderdale area, even though sales prices continued to rise.

Although the fluctuations are too small to be evidence of a momentous change, they are indications that the runaway prices that have made housing in South Florida too expensive for locals may be finally cooling off.

The Zillow report confirms the finding of the March 2019 Home Price Index report by the analytics data firm CoreLogic, which included Miami on its list of U.S. cities with overvalued housing stock. The analysis defines an overvalued market as one in which home prices are at least 10 percent above the long-term, sustainable level.

“Some of our biggest, costliest, supply-constrained markets such as Miami, San Francisco, Seattle and Denver are starting to show signs of cooling,” said Ralph McLaughlin, deputy chief economist at CoreLogic.

“We’ve been noticing this inflection in the market for six or seven months now. Prices can only outpace incomes so long before there are no buyers available.”

Skylar Olsen, director of economic research for Zillow, said the median home value is determined by looking at all the housing stock in a city, not just the properties that are currently on the market.

“If you look at the number of homes available for sale in Miami, inventory is increasing, but sales are softening because home values grew too fast at an unsustainable pace,” she said. “That growth made it difficult for buyers to come up with down payments.”

Home values don’t directly correlate to prices. According to the Miami Association of Realtors, the median price for single-family homes in Miami-Dade rose to $350,000 in the first quarter of 2019, a 3.9 percent increase over the same period last year.

Median prices have risen for 29 consecutive quarters, or a streak of 7.25 years, according to the Miami Association.

According to Olsen, falling home values is an early sign that prices may soon dip, at least slightly.

“We expect Miami values to return to positive growth eventually, but it’s possible you will see values continue to drop through the end of 2019,” she said.

Lower home values results in sellers having to reduce their asking prices, and not just for properties in the glutted luxury condo market. According to data provided by Zillow, 16.4 percent of listings for single-family homes and condos in the Miami-Fort Lauderdale area cut their initial asking price in April 2019. That is higher than the national percentage of 14.8 percent.

The percentage of listings with price cuts in Miami has been steadily rising since January 2013, when it stood at 6.3 percent, according to Zillow’s data. 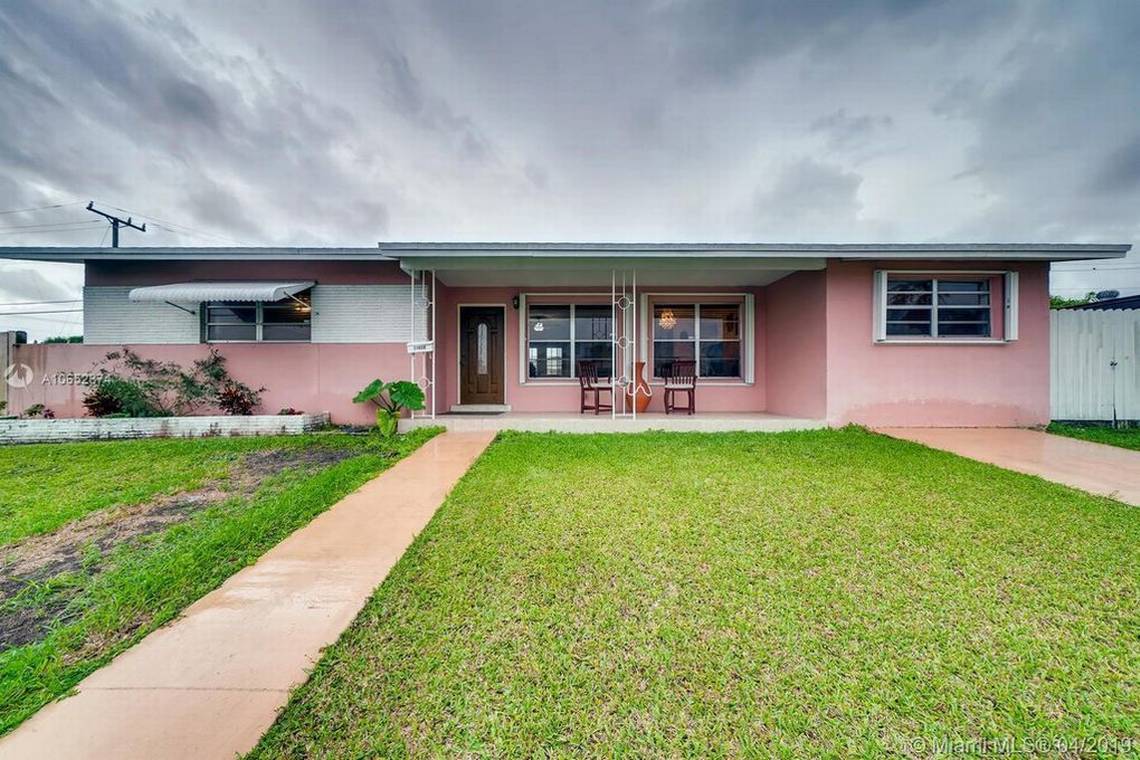 Marvin Arrieta, a broker associate at Century 21, said he received seven offers from buyers the first week after he listed a four-bedroom, three-bath home at 11930 SW 172nd Street, on a corner lot in South Miami Heights near Zoo Miami for $330,000.

But Arrieta said the seller had to lower his asking price to $320,000 because banks declined to finance any of the offers received from buyers, many of whom were using FHA loans.

“Every buyer loved the house and qualified for the loan, but the banks are tough about appraisal,” Arrieta said. “They are concerned about the value of the house, even though it’s rare to find a single-family home near Kendall at this price. Usually it’s $400,000 or more.”

According to the Zillow report, would-be homeowners priced out of buying in Miami and Fort Lauderdale are increasingly turning to rentals. The median rent of a one-bedroom apartment in April 2019 was $1,928, a 3.3 percent increase year-over-year. The rental inventory also increased by 3.8 percent.

Previous
Next Where should you live? Should you buy or rent? Here’s our 2019 Miami real estate survey