Home / News / Where should you live? Should you buy or rent? Here’s our 2019 Miami real estate survey

Where should you live? Should you buy or rent? Here’s our 2019 Miami real estate survey

Kendall and North Miami surge as some of the best neighborhoods for home buyers. Brickell is among the hottest areas in town — as well as the most overvalued. And our ever-worsening traffic is playing an increasing role in where people decide to live.

And at last — Miami-Dade’s spiraling housing costs may be on the verge of cooling down a bit.

Those are among the key findings of the 2019 Miami Herald Real Residential Real Estate Survey, which is now in its fifth year. The study was conducted by the Miami-based research firm Bendixen & Amandi International between April 1-May 1. One hundred of Miami-Dade’s top brokers, agents, analysts and experts from all price points were interviewed in English and Spanish to gain their insights into the current housing market. The interviews were anonymous, so respondents could speak freely and candidly.

This year’s study included more people who specialize in the mid-price and rental markets, to better reflect the growing divide between Miami-Dade’s wealthy, foreign residents and its working-class locals.

“It really is a tale of two markets,” said Anthony Williams, special projects director for Bendixen & Amandi, who coordinated the study. “When you’re talking about prices over half-a-million dollars, it’s a buyers’ market. Properties in the luxury niche are staying on the market longer, especially condos.

“But at the $350,000-$400,000 range, it’s definitely a sellers’ market, because that inventory has not seen much growth,” Williams said. That’s reflective of the split of some of the responses in the survey.”

Here are some of the main takeaways from this year’s survey. You can download a copy of the full report here:

THE BRICKELL FACTOR
For the second year in a row, Brickell was voted the hottest area in Miami-Dade for renters, with downtown Miami placing second. Miami Beach and Edgewater tied for third.

According to the 2019 Greater Downtown Miami Annual Residential Market Study by Integra Realty Resources, more than 6,300 new rental apartments were added to the downtown area (comprised of Brickell, Central Business District, Edgewater, Midtown, Wynwood and the Arts & Entertainment district) since 2014.

But hottest rarely means most affordable: According to RentCafe, the highest average rent prices for a one-bedroom apartment in Miami-Dade in July 2019 were Brickell ($2,305) and downtown Miami ($2,211).

“People who like downtown and Brickell and the hustle and bustle of those neighborhoods consider them desirable,” Williams said. “But people who want peace and quiet and a larger living space don’t want to be in downtown. So it’s really a question of what you value. The right decision is what the right decision is for you.” 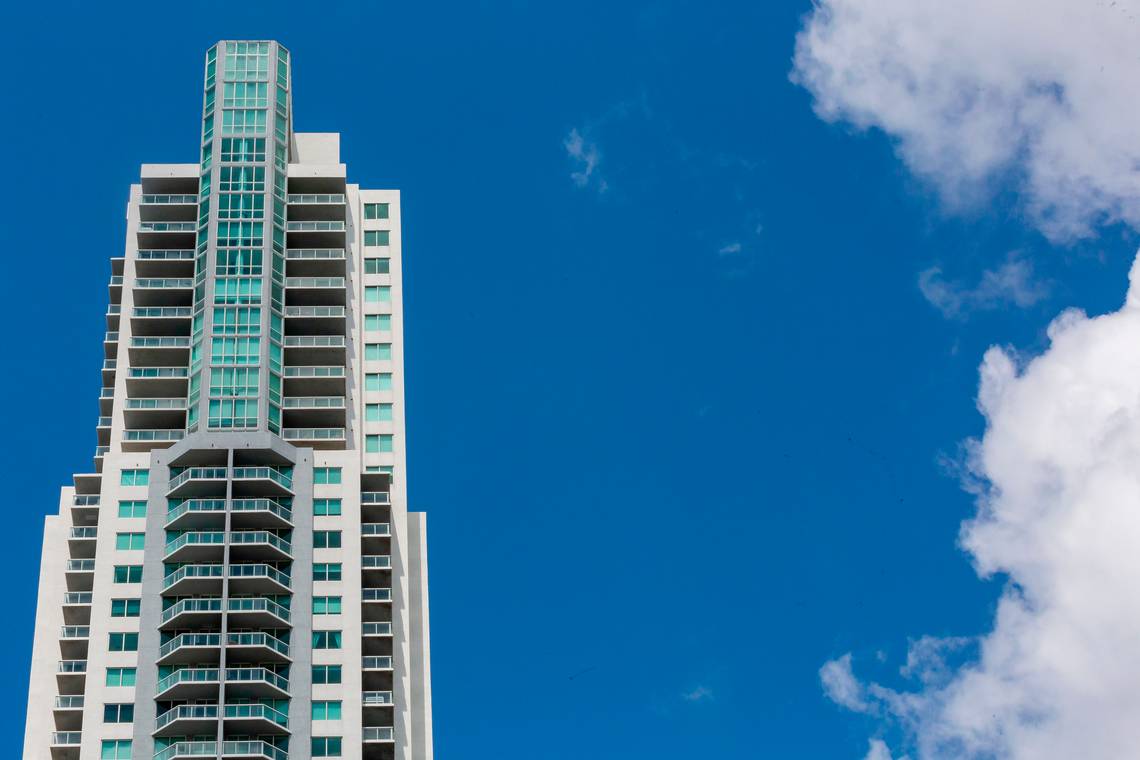 Brickell also took the top spot as the neighborhood where respondents would buy or rent a condo if they were in the market right now, as well as the best neighborhood for young professionals.

“After many years of careful planning and hard work, Brickell is nearing its full potential,” said Matt Allen, COO for The Related Group, which has developed multiple condo towers in the area, including SLS LUX Brickell and Brickell Heights. “More and more well-educated, upwardly mobile young professionals are being drawn by the residential options, which has in turn resulted in continued interest from employers looking for new offices, top-tier retailers and entertainment options.”

“From an investor perspective, Brickell is a no-go zone, simply because of the amount of oversupply that exists,” said Peter Zalewski, a principal with CondoVultures.com. “The cost of a condo there is so rich that landlords are having to subsidize their tenants, because the rents won’t cover the monthly costs. Before there was no alternative if you wanted to live in downtown. Suddenly there are a lot of alternatives and they are more competitive, too. The days of the Brickell landlords ruling over all are gone, just like the Spanish conquistadors.”

KENDALL SURGES
Kendall cracked the list of the hottest areas for buyers for the first time, coming in at number two (Miami Beach was first and Coral Gables third). The primary reason: Kendall is still a relative bargain compared to other family-oriented neighborhoods in Miami, with a median sales price of single-family homes of $309,900, according to Zillow.

“Kendall has a lot of the same things that people look for in family-friendly neighborhoods such as Coral Gables and Coconut Grove — good schools, shops, restaurants and health care — but it’s much less expensive,” said Dan Castillo, broker/owner of Prosper Realty Group, who specializes in the West Kendall area. “It’s also a good place for first-time home buyers. The only catch is that it’s far away from everything, although not as far as Homestead.”
North Miami — the fastest-growing city in Miami-Dade, according to U.S. Census data — was voted the most undervalued neighborhood. Growing interest from investors — such as the $4 billion joint venture between Aventura’s Turnberry and New York City-based LeFrak to create a mini-city called Solé Mia — is expected to raise the value of the neighborhood, which still has a median list sales price per square foot of $196, according to Zillow.

“North Miami has become very attractive through its price points, its proximity to the beach and shopping centers coming around—you have a Costco up the street, and a new Target—and it’s also really convenient to I-95,” said Realtor Luis C. Padilla, owner of RE/MAX Oceanside Realty. “The schools are pretty good, [and] the quality of homes is [improving]. 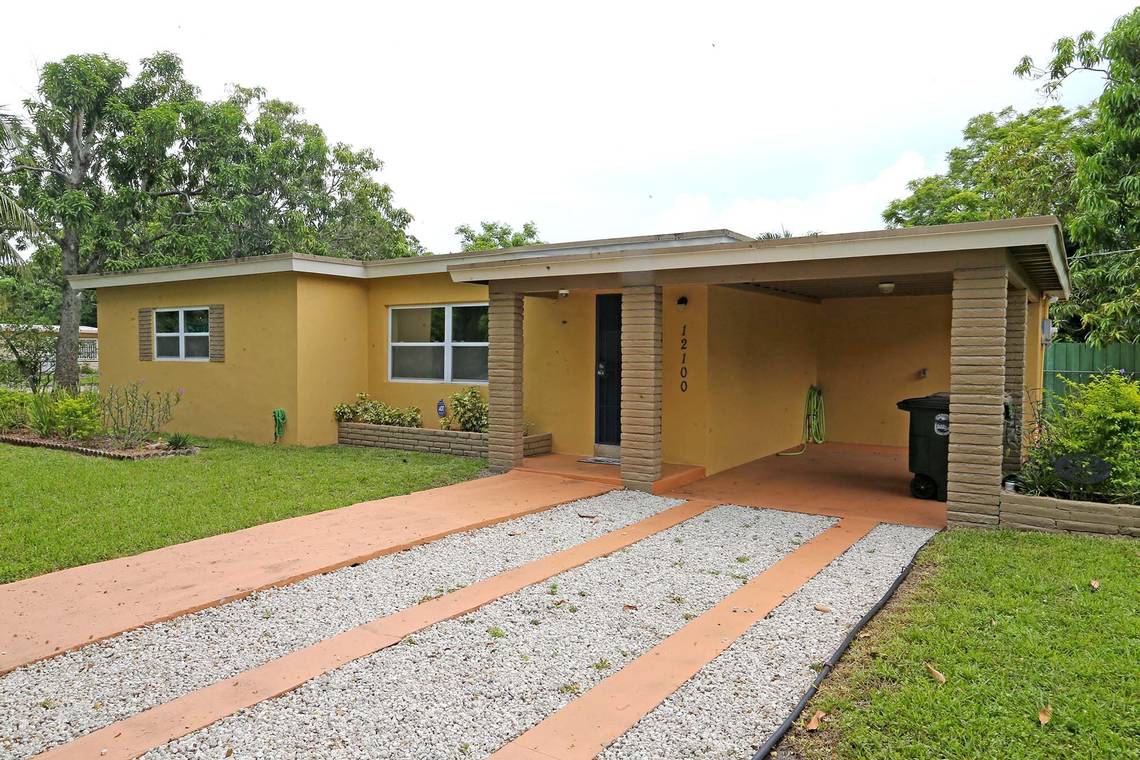 “It’s getting price pressure from those two neighborhoods,” Padilla said. “With North Miami, you can still get into the neighborhood, get your foot in the door in the mid-$200,000s to low $300,000s, for homes that have been somewhat updated.”

VALUE VERSUS PRICE
According to the study, home values in Miami-Dade may be due for a bit of a slowdown after years of runaway growth. Only 18 percent of respondents said they expect Miami-Dade home values to appreciate over the next 12 months, down from 44 percent in 2018.

Instead, most of the respondents (63 percent) expect values to remain flat, up from 14 percent last year. Sixteen percent think values will depreciate.

“While our condo market is still being impacted by the limited availability of [Federal Housing Administration loans], we have seen year-over-year price growth in five out of the last six months,” Fernandez said. “Home prices have risen consecutively since 2011, for 91 months of consecutive increases. The single-family home market is balanced between buyers and sellers but closer to a seller’s market. Based on current market performance, we expect price growth to remain below five percent for both property types.”

Sixty-five percent of respondents felt the current inventory of residences priced under $1 million was a good value, up from 47 percent in 2018. A good value means a home is fairly priced instead of overpriced. In April, home values fell in 32 of the 35 largest housing markets in the U.S., including Miami. That is an indication that the runaway prices that have made housing unaffordable to locals may be starting to cool a bit.

In the $1 million-plus range, 52 percent of respondents said they felt the current inventory was a good value, although the percentage of those who thought it is overvalued also jumped, from 27 percent to 41 percent.

“With the level of new luxury residential construction that Miami-Dade has enjoyed over the past three decades, I believe that our homes and condos currently being offered for sale today could very easily be the finest quality luxury inventory of any major market in the world,” said Ron Shuffield, CEO of Berkshire Hathaway HomeServices EWM Realty. 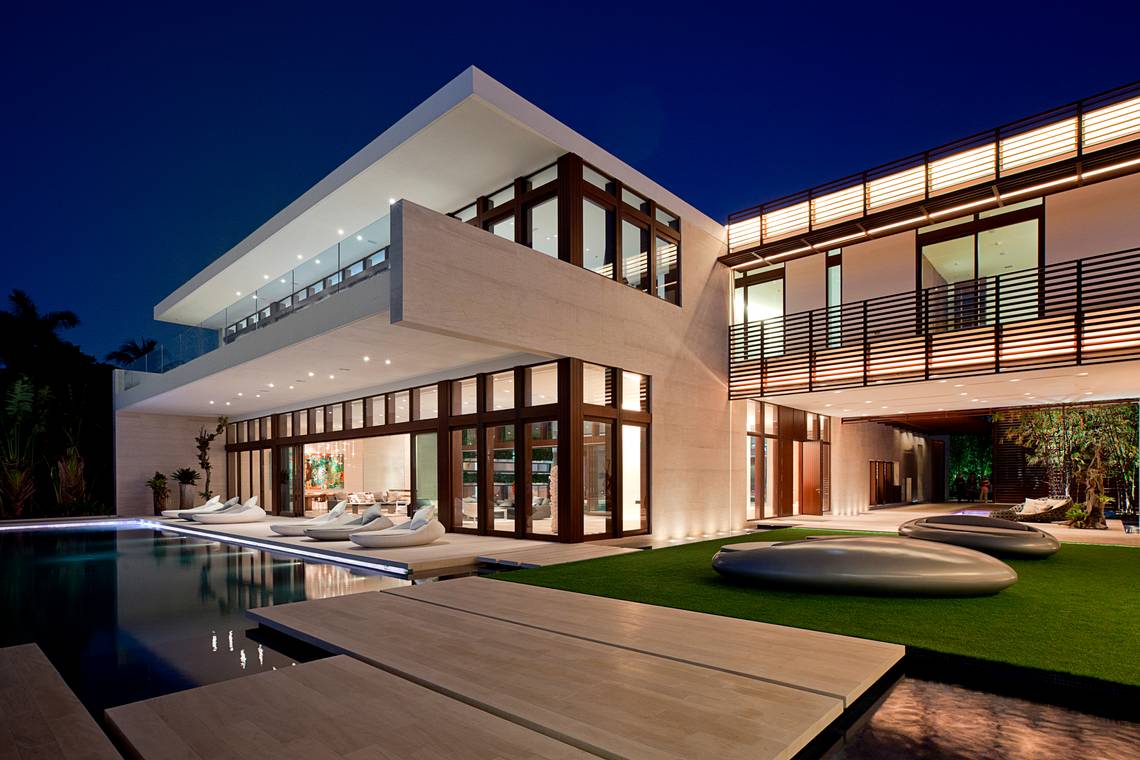 Shuffield said 25 percent of the available single-family homes in Miami-Dade on June 30 offered through the Multiple Listing Service and priced over $1 million were built less than 10 years ago. The percentage of newly built luxury condos in the same price range was even greater — 43 percent.

“For the three months ending June 2019, the average closed sale price for a single-family home priced above $1 million was 81 percent of its original asking price, compared to 87 percent for the same period one year earlier,” Shuffield said. “The average price reduction of a luxury condo, from its original list price to its final sale price, registered a decrease of 6 percent, to 82 percent for the three months ending June 30, 2019.”

OUT-OF-TOWNERS
The Trump administration’s 2017 tax reform plan, which placed a $10,000 cap on the amount of local and state taxes that households could deduct from their tax returns, has resulted in an exodus of wealthy New Yorkers to Florida — and especially Miami-Dade — which has no state or local taxes.

Some 68 percent of respondents said they had seen an increase of buyers from the Northeastern U.S.. And they’ve been snapping up lots of luxury real estate, particularly in the $10 million-plus price point, according to Danny Hertzberg, sales-associate at The Jills Zeder Group.

“These tax-driven purchases are approximately 70 percent single-family homes and 30 percent condos, and the majority have been in the Miami Beach, Surfside and Bal Harbour communities,” Hertzberg said. “Almost all have been modern, new-construction homes over 10,000 square feet. The majority of the condo purchases have also been new construction beachfront properties, although some have also been in existing South of Fifth condo buildings,” referring to the area south of Fifth Street on Miami Beach.

More importantly, the northeast buyers aren’t just scooping up a second or third home. Instead, they’re making Miami their primary residence, in order to benefit from the tax breaks.

“That means they’re interested in larger homes and condos,” said Phil Gutman, president of the Brown Harris Stevens Miami brokerage firm. “The size they want, combined with the amenities and location they want, drives prices up. There’s a limited amount of inventory that meets their requirements, which is great for sellers.

THE VARIABLES
Despite the growing concern over Miami-Dade’s vulnerability to sea level rise, brokers said their clients don’t seem too worried. Although 61 percent of respondents said they are concerned about the potential impact of global climate change (up from 59 percent in 2017), they also said the number of buyers who have mentioned the issue went down, from 36 percent in 2017 to 34 percent this year.

“Buyers still want to own property in Miami and while [sea level rise] is a topic that is discussed, the proactivity of local city and county leaders demonstrates the engagement of preparation activities,” said Nancy Klock Corey, regional vice-president of southeast Florida for Coldwell Banker Residential Real Estate. “The work towards resolution is highly visible to buyers. A continued push by the populace to make sure they hold public officials accountable is very positive.” 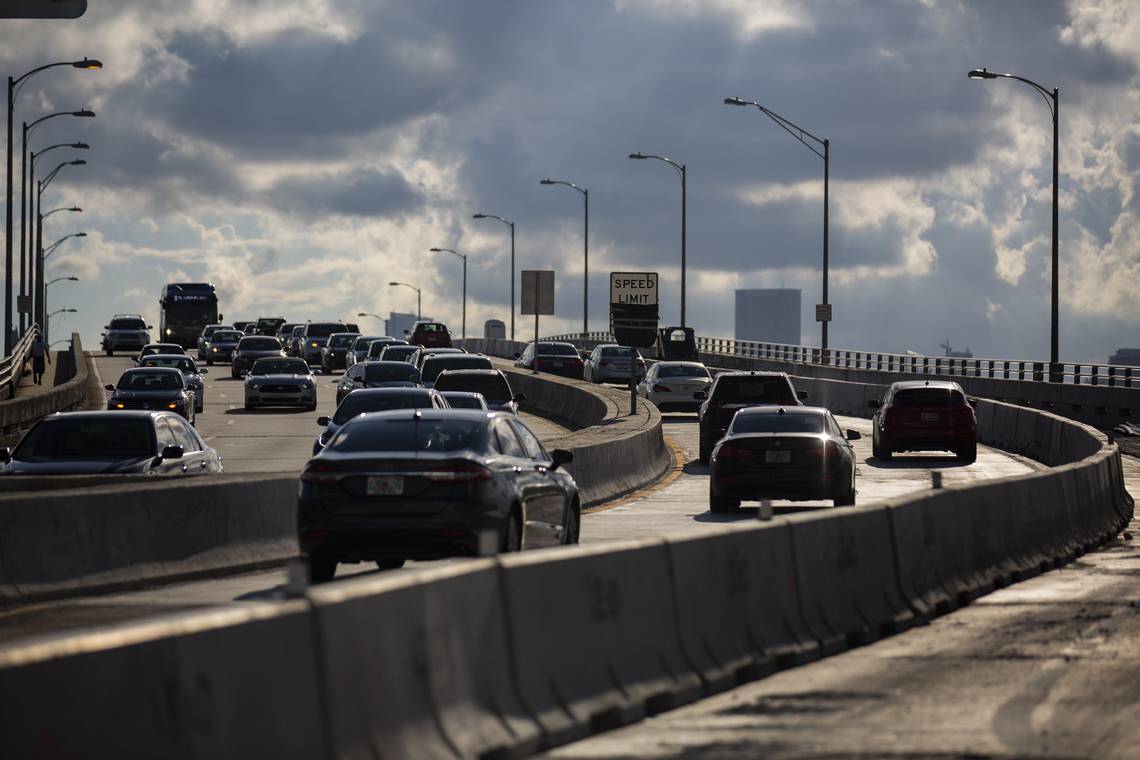 “This is less of a real estate decision than an overall lifestyle decision,” Williams said. “Because traffic has become such a concern, you either learn to live with it or you make a choice. If you live in Kendall but you work on Miami Beach, you may find that situation untenable. Do you quit your job or do you move to Miami Beach? You used to have people say they want to be close to a good school or a golf course or a religious institution. Now they want to be 15 minutes away from their job. They’ll figure everything else out.”

Previous Miami home values may have peaked. But how will that affect prices?
Next How to Avoid the Next Real Estate Downturn